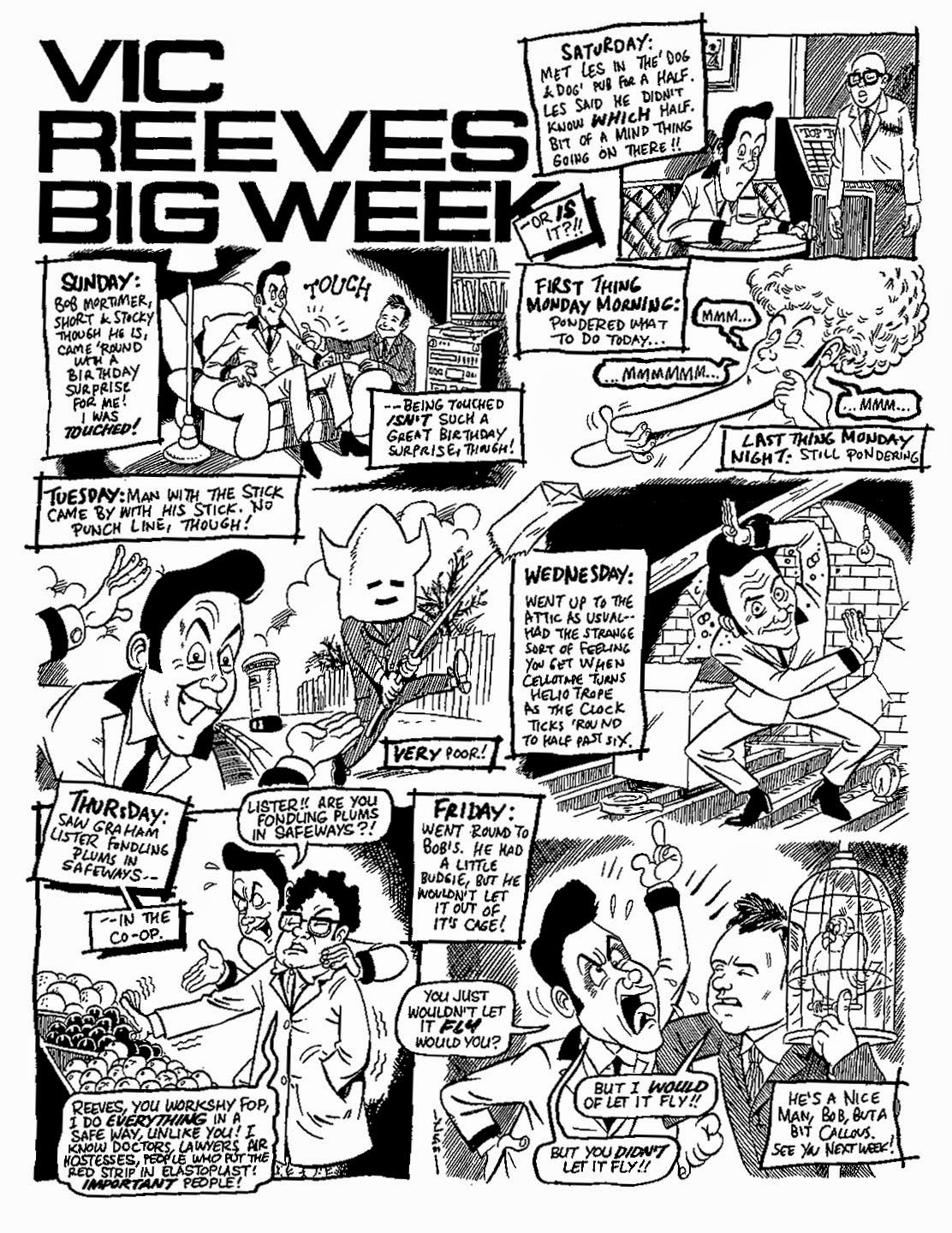 The day after Vic Reeves Big Night Out debuted on Channel 4 back in 1990, I drew this comic page of the characters created by Vic and Bob. If you saw the Big Night Out at the time, you'll most likely recognise the sort of thing they were doing.
The idea I had was to have it on the inside back page of The Face magazine or something. I sent a copy to Vic and Bob, a copy to the Producer/Director of the TV show, and a copy to the co-owner of the TV company that made the show, brand new TV star and comics fan Jonathan Ross.
Well, as is the way of these things, after a couple of months, I'd heard nothing and the TV show ended. Ah well, I thought, at least I had a go.
About two months after that, my phone rang one morning, and when I answered it, an unfamiliar voice said "Is that Nigel Parkinson? This is Bob Mortimer from the Vic Reeves Experience!" Which took me aback a little. But, feigning insouciance, I said "Oh yeah, hello". Bob went on to say he and Vic had been shown the page I'd drawn by Jonathan Ross and they all liked it so much they wanted me to work with them on their book, 'Vic Reeves Big Night In'. "Delighted" I said. And that's how I got to draw some fun stuff for Vic and Bob. Being on Channel 4 in 1990/91, nobody I knew had ever heard of them, but now it can be told.
And I'd like to thank Jonathan Ross for passing on my page, it led to a hilarious job and an eventful weekend in London.
But these are best saved for a future post!