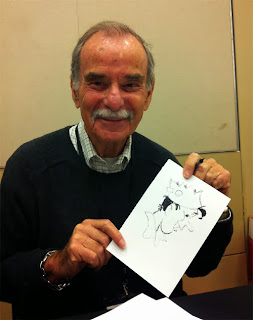 Last week, my favourite American Comic Colourist had a bad accident and now lies in hospital with his injured wife. His name is Stan Goldberg. Since around 1970 he's been THE Archie cartoonist, drawing thousands of pages, but before that, it was he who decided that Thor should have blond hair and a blue tunic- that Spiderman should be blue and red- that the Hulk should be green! An outstanding colourist, and to this day I refer to his ideas. Get well soon, Stan!
Posted by NP at 13:34 2 comments

In 1964 TIME magazine wanted a new angle on the JFK assassination and approached the legend that was Jack Kirby to find it. He took the story of the man who assassinated the assassin, his near-namesake Jack Ruby, and provided words and pictures in this dramatic recounting of those few days in November. Apparently Kirby coloured these pages himself too.

In common with most people alive on November 22nd 1963, the killing of an American President had a profound effect on Jack Kirby, who as well as being the illustrator was usually co-plotter or even sometimes sole writer of his comics. The story he was working on for Marvel at the time, a Fantastic Four v Hulk rematch, took on a new intensity; there was a fallen hero, a lot of confusion and uncertainty, newsmen reporting on the events for TV, and most importantly, a sense of drama and dread that was so palpable that, for the first time, Kirby made the story continue into the next issue, something that the increasingly mature readership liked, and which would become the norm in the future. All these elements were taken directly from real-life: The events of the weekend of November 22-24 1963 unfolded on TV for the first time, and seemed to stretch on beyond endurance, no resolution was found at the end, just more drama and uncertainty. Kirby put that into Fantastic Four and found a new approach.

The influence of the assassination was undimmed in spring 1965, 18 months later, when Alan Fennell and Mike Noble made a much more direct reference to it in a Fireball XL5 story in TV Century 21 which I, and many others, were very taken with.
Posted by NP at 09:54 0 comments

This weekend is the 50th anniversary of no fewer than three historic events. What a weekend that was- and I'm just old enough to remember them all. 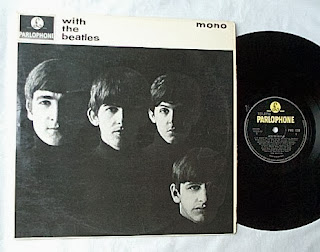 1.  The Beatles " I Want to Hold Your Hand"  single and LP "With the Beatles" released. Historic because those records formed the main part of 'The British Invasion' that changed the way records were made for good, and brought America up to date. I remember hearing the single and finding it sophisticated and glamourous beyond words! And I couldn't figure out how it was made- it no longer sounded like just four guys, it was magically much more than that now. Of course, years later I discovered the reason; it was the first record they made on 4 track tape, so there were more overdubs and tweaking of the sound than before. And the LP, what a great album- probably the first time an LP had been made which wasn't just a collection of hit singles with a few dashed off sub-standard songs thrown in, and that moody cover, not a smile in sight. The future had arrived! 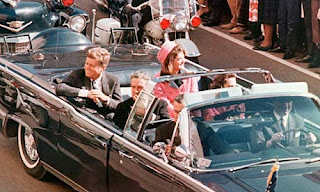 2.  However, that evening the mood changed. Sometime between 7 and 7.30, as the family were watching 'Harry Worth' on BBC tv, the screen went dark and the words 'News bulletin' came on. We held our breath as the announcer told us that president Kennedy had been shot and killed in Dallas. I still remember the look of shock on my dad and my uncles' faces- and then the BBC went back to Harry! Of course the mood was somewhat darker and soon after, we put the radio on to hear more. That day is very vivid even now. Of course, over the weekend the news stayed dark and dramatic and over the intervening years a mystique has grown around the young president (same age as my dad) and the assassination and how American politics went on from that day- increased involvement in Viet Nam, Nixon ordering troops to kill American teenagers on the street and on the campuses, Watergate... nothing was too bad to consider any more.

So that day was pretty significant. It was really the shuddering sound of the Post War era dramatically entering The Sixties.

And then there was
Saturday 23rd November 1963 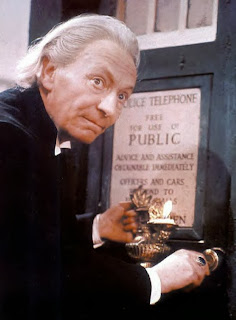 Now this was something I'd been excited about for a few weeks! Me and my dad usually watched saturday tea-time TV together and he'd brought to my attention this brand-new series called Doctor Who that was debuting this evening. Despite the previous days drama, we were both in the mood for some daft sci-fi show. Well, we were disappointed! This was no daft sci-fi show- this was something GREAT! In fact there was hardly any story! But the promise! The strange girl and her strange Grandfather... and then... where on earth would it go on to from here? We were hooked. In a few weeks, when that Dalek first uttered it's first 'Exterminate', there would be no going back. Again, the future was here! We were In The Sixties!!

So, what a weekend!
Hope this weekend is good, and, hopefully, NOWHERE NEAR as EVENTFUL!!
Posted by NP at 11:23 2 comments 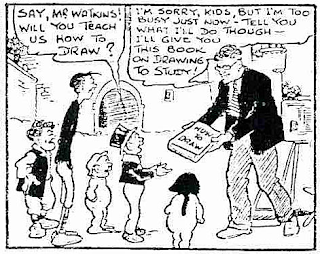 Dudley D Watkins, cartoonist of Desperate Dan and Lord Snooty fame, is being honoured with a plaque in his birthplace, Manchester. Or where he grew up, Nottingham. Or where he worked, lived and died- Dundee. Probably Dundee. What took them so long?!