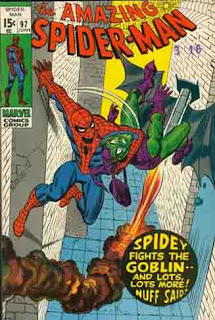 The latest edition of Roy Thomas's excellent 'fanzine' ALTER EGO  no. 105 has been published with a fine cover recreation of Spiderman trapped under a great weight of machinery, graphically demonstrating this issues theme, the effect of the Comics Code in the USA in the 1950s, 60s and 70s. The feature has plenty of examples of changes wrought, with stories published BEFORE the code being bowlderized by having guns, fists, knives removed, sweat lessened, skin colour changed (always to white) and wrinkles decreased(!). Even more interesting are stories which couldn't be reprinted without major alterations, in some cases all the dialogue and some pictures completely done anew! 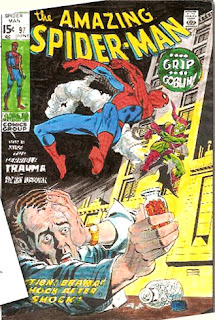 The turning point for the Code, when it's rather draconian oppression was held up for scruitiny, came in 1971 after Marvel comics were asked to do an 'anti-drugs' story by the government. However, the Comics Code forbade the use of and the mention of drugs, so it would be next to impossible to accomplish the request. Stan Lee, editor at Marvel, decided to publish the story, (a rather heavy-handed and glib tale, as it turned out) in a 3 part Spider-man run, WITHOUT the seal of the Comics Code. And, as the world didn't end, the comic still sold, and garnered plenty of positive reaction, the Code was seen to be due a review, which in turn led to it's weakening and eventual termination.

Here are the published cover (top) of one of those Spider-man issues, and a rejected cover rough for the same issue. I guess it was deemed just TOO graphic! Note that the seal of the code is not present on the version that reached the shops, but IS on the rough, clearly done on a photostat of a cover template.

ALTER EGO is a fascinating read, as always, and you feel like you've just done an Open University degree module on the subject once you've digested everything, it's so detailled and backed up with notes, examples, opinions of those involved and direct reportage. That will not appeal to many, I know, but I find it endlessly interesting! Good on yer, Roy!
Posted by NP at 09:50 22 comments

Email ThisBlogThis!Share to TwitterShare to FacebookShare to Pinterest
Labels: 1970-1980

If it's tomorrow, it's DANDY! 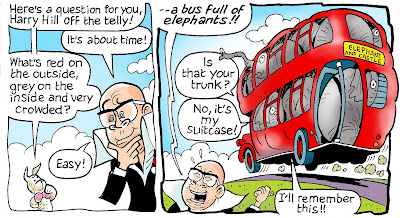 Yes, wednesday brings the unutterable joy of a brand new Dandy and a brand new Beano! And in the Dandy, Harry Hill has a go at an elephant joke! How can you resist?!
Posted by NP at 00:36 0 comments

Just like these characters do.
Of course there's The Dandy and BeanoMAX too, they deserve your support as well. End of commercial. For today!
Posted by NP at 13:26 3 comments 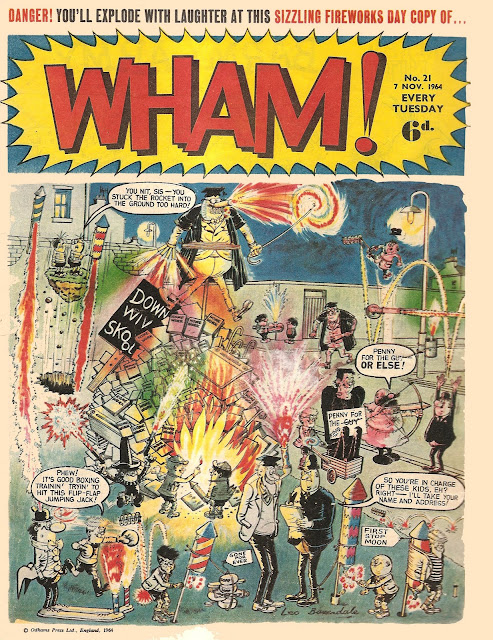 As imagined in 1964 by the legendary Leo Baxendale, who needs no introduction.  A large copy of this has been on the wall of my studio for many years.
Posted by NP at 21:03 3 comments