Yes it was my idea to have Paul McCartney in the final print Dandy. I'd intended to have him in it a long time ago as I always remembered he once half-jokingly said his ambition was to be in The Dandy (see here), and thanks to my pal the Beatles expert Mark Lewisohn, he was persuaded that if he wanted to be in The Dandy, it was now or never! Paul immediately wrote me a nice note that I was able to pass on to The Dandy - and tomorrow you can go and buy a copy for yourself! 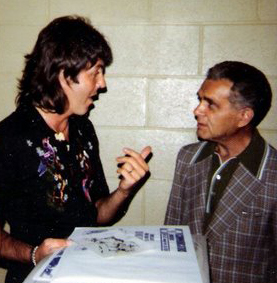 Sir Paul of Speke really was a big comics fan- he wrote a song about 'Magneto and the Titanium man' in the 70s, and here he is meeting comic book genius Jack Kirby in 1976.


Also, he really did enjoy The Dandy as a kid- check out that cheeky so and so on the back row here in 1952!

And even in the heyday of  The Beatles in 1965, he couldn't resist a sneaky look at some comics! 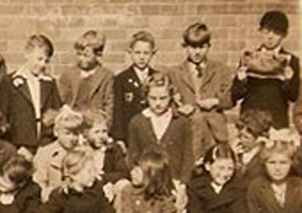 LATEST NEWS. Paul McCartney, being a big star all around the world, has generated a fair few international news reports about the end of one Dandy and the beginning of another. I've had a lot of views of this post from over two dozen different countries (not Greece or Kazakhstan though, bit odd!) 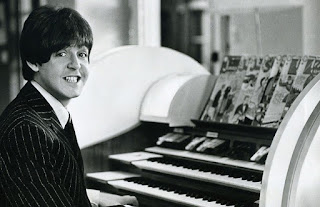